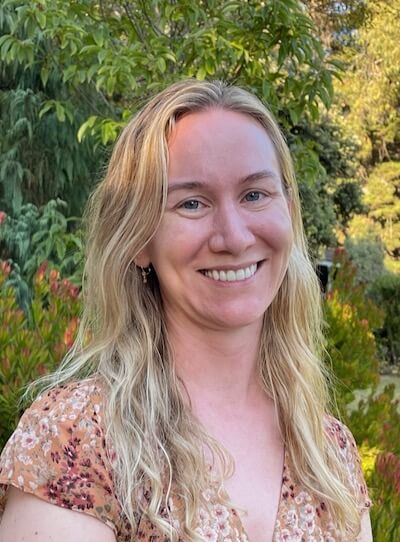 Annabel Teal is a writer and filmmaker. She believes in the power of the arts to challenge conventions and remind us all to pause and bask in moments of candor and beauty. She is particularly interested in envisioning new ways for Esalen to engage with storytellers, to both enhance and facilitate their personal journeys as well as to challenge and aid the way their work can impact the world. In addition to her work at Esalen, Annabel is a longtime supporter of Teach for America, The Tipping Point and charity: water.

Annabel grew up between New York City and a farm in rural Vermont, fostering a lifelong duality that marries her love of a fast-paced hustle with her need for solitude and an epic landscape. After finishing high school in New Zealand and Scotland, she graduated with a B.A. in Theatre and Performance Studies from Georgetown University. She moved to Los Angeles to be a screenwriter before spending eight years living in the Bay Area technology scene. She now splits her time between California and New York, and is currently working on her first feature film as a director. Someday in the future she’ll pick up where she left off with a series of fantasy novels she has been writing for 20 years, but not just yet.

She first came to Esalen just after her mother passed away from Alzheimer’s. It became a space of profound healing for her and she has returned many times since for workshops, personal writing retreats and Center for Theory & Research conferences.